A dance about the psychotic side of memories of a loved one, based on the poems of Pablo Neruda. Verona Verbakel is an actress. She was in search of a way to express feelings without words that would approximate the pared-down directness of animal nature. She combines the gentle sorrow of Pablo Neruda’s poetry with the physicality and inescapability of dance.

Verona Verbakel graduated as an actress in 2014 from what was then the Herman Teirlinck Instituut in Antwerp. She has acted in productions with Brian De Palma, Cate Blanchett, Alidor Dolfing and Terence Davies and danced for Romeo Castellucci. She has performed in New York, LA, London, Sydney and Melbourne with the theatre companies Ontroerend Goed, De Warme Winkel and De Mannschaft. In 2014, the actors in Sirens won the Stage Award for Acting Excellence at the Edinburgh Fringe Festival. Last year she also worked on her own production, De Auditie. 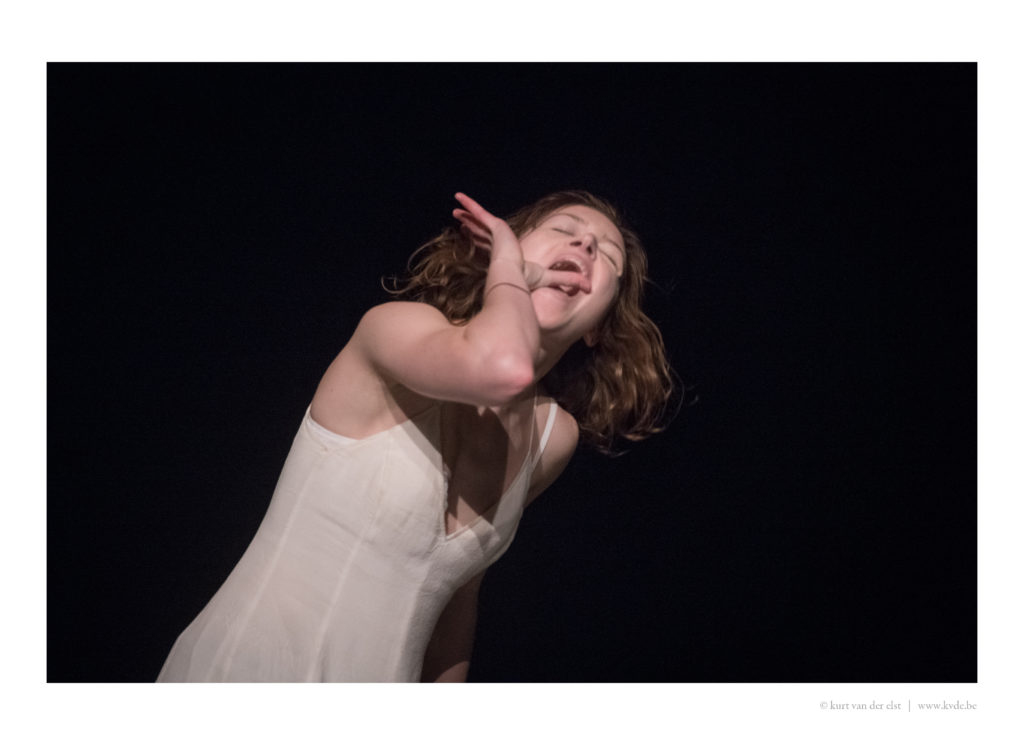