Picnic on the Moon

Ventriloquists with no puppets are like puppets with no strings. Puppets are just the slightly meaner version of the weirdo holding them. It’s as simple as that. It’s beyond my comprehension.

Júlia Godino Llorens and Alexa Moya Panksep are both from the province of Barcelona, Spain. They met while studying at the Institut del Teatre of Barcelona and continued their studies at the Royal Conservatory of Antwerp. They are part of The Backyard Collective, an emerging collective of dance artists based in Antwerp, Belgium, where they develop their own projects. Their duet Picnic on the Moon premiered last year at Mayday Mayday in Ghent, Belgium. It has evolved into the piece it is now, which has been performed in Belgium, Spain and France. 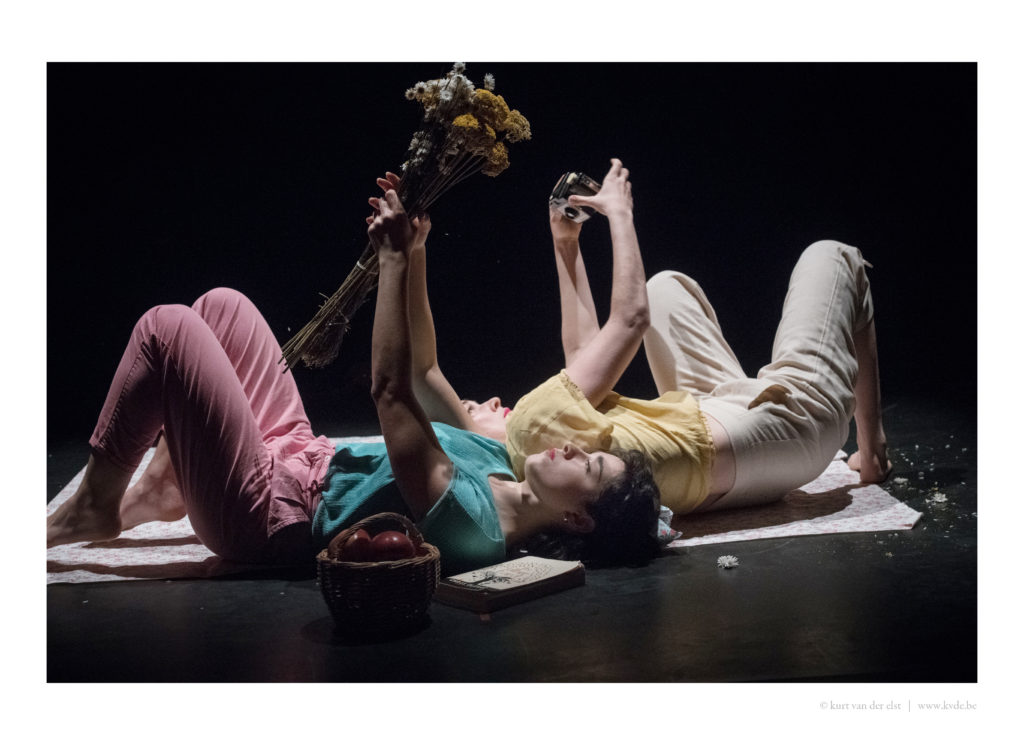